2019 Bowman Baseball | Our TOP 5 Sleepers from the Product | Can we find the next Wander Franco?

Yes, I know…2019 Bowman has exploded and is now entering the “this is crazy” price range. But despite the impressive valuations and heavy hitters, we believe there is some value to be found in this product. Come on in and we’ll give you our TOP 5 Sleepers from 2019 Bowman Baseball.

2019 Bowman has hit the hobby world by storm and boasts numerous, coveted 1st Bowman prospects that are drawing a lot of attention. Those who are familiar with Bowman, are likely aware that the #1 overall prospect, Wander Franco, is the grand slam of the Bowman prospects. Followed by Joey Bart, Marco Luciano, Julio Rodriguez, and Ronny Mauricio for 1st Bowman autos and parallels. This is not breaking news, especially if you’ve been following any of our 2019 Bowman Baseball Pricing Ladders. However, the 2019 Bowman rage is slowly starting to die down, and avid collectors are gearing up for the 2019 Bowman Chrome release in September. In celebration, we want to help you by profiling the top five sleeper prospects to maximize your investment.

If you play fantasy sports, you know, everyone loves a sleeper. Drafting that 13th round player who outperforms a player taken in the 3rd round is a great feeling. Of course, hind sight is 20/20, and to have a better idea of what’s to come, we’re looking to great examples of the past. For example, if we look at players who made huge gains within the first six months of release, Keston Hiura comes to mind. Currently tearing it up for Milwaukee, Hiura opened with a base auto price of $42 dollars in the Bowman 2017 draft. After six months his value grew to $62, and now, after only 18 months after release, Hiura’s base auto is approximate $200; a nearly 500% gain! Further, consider Drew Waters, OF for the Atlanta Braves. Waters opened with a base auto of $16 and within 6 months his value grew to $34.95. Today is base auto is nearly 10x his opening value at $140. And finally, Nate Pearson, the hard-throwing pitcher prospect for Toronto. Pearson opened up at $5, actually fell to $2.58 after six months, but has risen to $35 and continues to climb every time he lights up 100mph on the radar gun.

So stick with us, and over the next 10 minutes or so, we will help you find those sleepers with the potential to make those big gains to hang your hat on. Without further ado, BreakerCulture presents #5 of the top five sleeper prospects who are putting up some impressive stats, or have a high-prospect pedigree, >> with bases autos less than $20. <<<

We often don’t put a lot of stock into pitchers but I’ve been very impressed with Suarez’s start. He has given up some home runs this year, but let’s be honest, who hasn’t?  What we’ve been impressed with is his K% right out of the gate. In his first MLB action Suarez has over 10 K/9, which is promising. He’s the Angels #2 prospect, and has spent time this year between AAA and the Majors. Thanks to his consistency, he has advanced quickly through the Angles’ organization. Suarez has three strong pitches, his fastball (FB), which hovers in the low to mid-nineties, his change (CH), and his curveball (CB). Suarez’s base auto opened at $3.35, and is currently hovering around $4. His blue refractor auto can be found for under $10. At BreakerCulture we would consider this a bargain bin player. If he has a couple good starts down the stretch for the Angels, he could earn a rotation spot next year, and his value could markedly increase. Easy buy if you are an Angels fan or someone looking for a penny stock.

Santana broke out of Rookie ball in 2017 by hitting his way into A ball. Since that breakout he’s been steadily improving each year. In 2018, he received MVP of his league and history appears to be repeating itself this year in AA. He’s a well-rounded player demonstrating his skills as a solid defender and his raw power at the plate. His high K% can be attributed to his struggles with off-speed pitches. But he’s young, and if he can develop the ability to hit the off-speed stuff, he stands to become a dangerous hitter. In fact, in spite of his high K rate this year, he’s still hitting .304. All things considered, the potential is there for him to be a substantial contributor in the major leagues. Santana’s base auto opened at $38 and since that time, it has slid down to $15 on average. With the exception of the K%, he is a statistically sound player. We considered positioning Santana higher on our list, but it’s important to remember that he’s 22 years old, and we tend put a little more value in youth when evaluating sleepers. Regardless, Santana checks a lot of boxes for BreakerCulture, and we would consider this to be a very affordable and worthwhile investment over the next 18 months.

Elehuris checks-in at number three on the list. We know you’re probably looking at those 2019 stats and already questioning our credibility. However, he has been injured for two months and is starting to come back. He’s had a slow start to the 2019 season and it would seem that he may have fallen off the radar a bit. Coming out of the Cardinals system, Montero is a big strong-bodied hitter and the 5th ranked prospect. He could easily be a 30 HR type of hitter at the major league level. Like most third basemen, he has a strong arm but is athletic enough to be a versatile defenseman if needed. Montero’s base auto opened at $50.40, slid as low as $14.40, but has been averaging just under $20 this past month. If Montero is able to finish out his rehab assignment this year in AA on a strong note, he could be up next year in the Bigs and ready to contribute. BreakerCulture believes the value is there to buy now.

Grabbing our number two sleeper spot is Esteury Ruiz, who definitely has some stats that will catch your eye. He’s quick on the bases with 49 stolen bases (SB) in 2018, and 32 so far this season. Another thing we like about him, is that he also has power to hit some homeruns. Admittedly, Ruiz does have a high K% (28.6% in 2018; and 26.7% so far in 2019), which explains his low batting average. He struggles with pitch recognition, particularly off-speed pitches, but the power/speed combo at his young age is something that makes us take notice. If Ruiz is able to improve his approach to the plate going forward, he could be a 20/20 player. He’s a fringe top 100 prospect for some, which means he is definitely worth keeping track of. The value of his base auto for 2019 Bowman started above our number 1 pick, at $25. Currently it is sitting $11 per base autograph. Which is why he’s our number #2 sleeper from the 2019 Bowman product.

BreakerCulture’s #1 sleeper pick for the 2019 Bowman is, Ronaldo Hernandez. We typically don’t get too excited about catchers when collecting, but Hernandez has some nice tools that he can continue to develop on his way to the big leagues. He boasts both a great hitting average and slugging percentage, but what really catches our eye is his ability to steal bases as a catcher. Stealing bases is uncommon for a catcher, and something we find valuable for him going forward. Hernandez has been described as a leader and hard worker by scouts, something that signals to us that he’s typically operating in a good head space and has the ability to continue progressing in a positive direction. Tampa Bay hasn’t had a solid go-to catcher for some time. Travis D’arnaud has stepped in this year and has played well as of late, but there isn’t anything special that would stop Hernandez from coming up when he is ready. In terms of the hobby, Hernandez has been overshadowed by Tampa’s number one prospect, Wander Franco. Everyone participating in breaks wants the Rays in hopes to hit the next Wander, which has made Hernandez a forgotten man. Hernandez opened with a base auto price of $21. Most recently, a base raw auto sold for $10.49 on July 23rd. With his combination of consistency, speed, and power he is bound to be a solid backstop in the big leagues. The time to buy is now.

Hope you enjoyed the content. If you did, please leave a comment below or jump into the FORUM to discuss — RIGHT HERE! 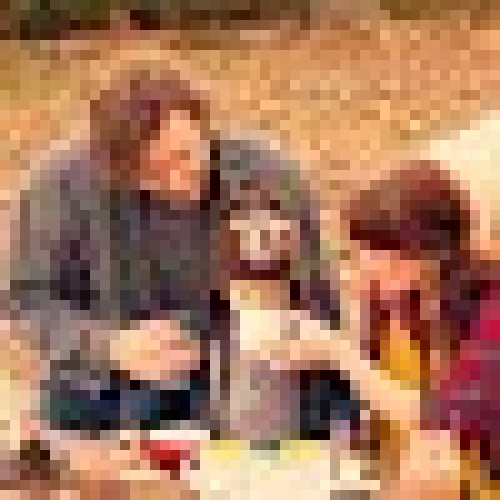 Excellent information and article. Excuse me while I go try to buy up some stock for these five sleepers!